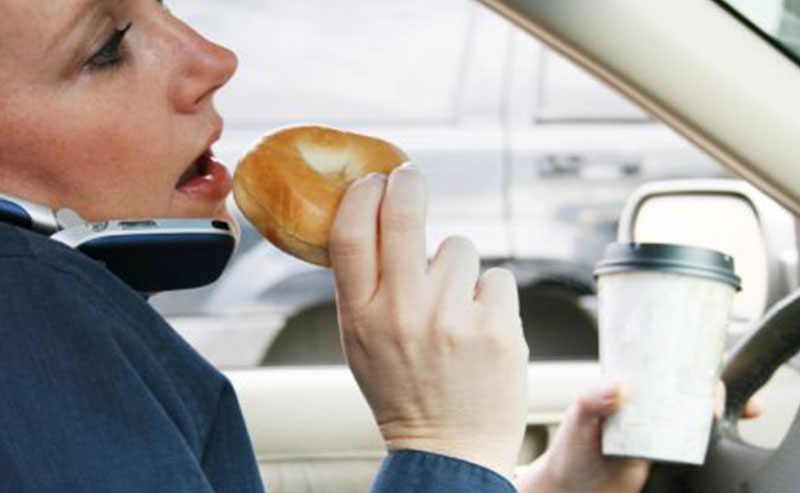 The New England Journal of Medicine recently published an extensive

study that looked at different types of distractions present for drivers in an attempt to measure just how much the risk of accidents rose as a result of each. The study used two groups of drivers – experienced and novice – and tracked them with several different devices while they drove as part of their routines. They found that novice drivers substantially increased their risk of being involved in a crash because of distractions but that experienced drivers generally avoided these problems relative to their younger counterparts.

A link to the study can be found here, but below you will find 10 different distractions that were recorded during the driving study and how much those distractions increased the risk of a crash for those novice drivers who were between the ages of 15 and 20 years old.

Dialing a cell phone was also the most dangerous distraction for experienced drivers, as they were 2.49 times more likely to be involved in a crash if they did so. What this all means is that distracted driving is not only dangerous, but extremely dangerous to the point where it almost invites serious problems. That’s why people who are distracted and who cause accidents need to be held accountable. If this has happened to you or to someone you love, contact the Alaska injury lawyers at Barber and Associates, LLC today to schedule a free initial consultation.