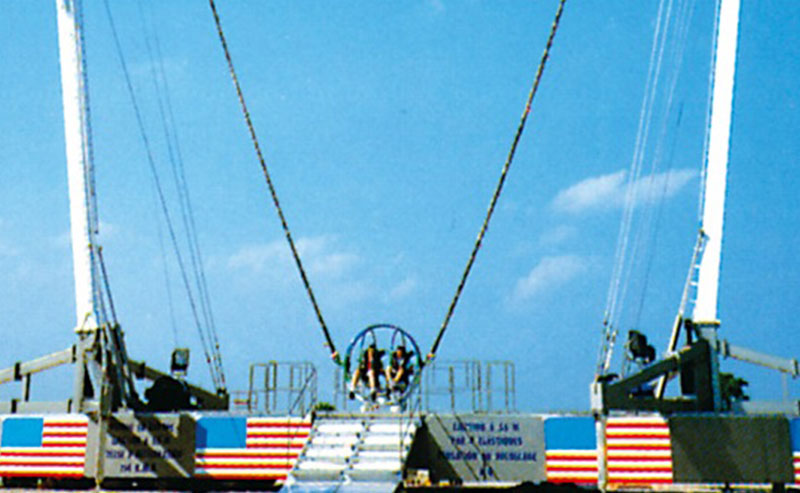 A fun day at an Alaska amusement park turned into a hospital visit for one man when a ride malfunctioned, causing injuries. Reports show that the slingshot-style amusement park ride, called the Ejection Seat, was set up in the parking lot of the Crazy Horse Saloon across from Sullivan Arena. The ride was built in 1994 and has been operating in Alaska since 2004.

According to police, the accident appears to be the result of a malfunction of a safety mechanism, causing one of the ride’s seats to disconnect. The seat was left suspended 50 feet in the air. The Anchorage Fire Department was able to free the injured man, who was sent to the hospital.

Alaska does not employ its own ride inspector, as there is a very small pool of carnival ride operators in the state. Thus, ride inspectors are private, independent inspectors from another state.

Nagel assured that the ride would be re-inspected before it is operated again. The ride had been inspected in recent years, showing no signs of malfunction. Any issues in the past seem to have been properly taken care of.

Injury cases require great attention to detail. The facts leading up to the injury are crucial in determining fault and potentially proving negligence and thus justification for compensation. There are a variety of damages that can be sought after an injury including pain and suffering, loss of earnings, medical bills, disfigurement, and disability. These damages may be claimed for losses you have already experienced as well as those you may experience in the future.

If you or a loved one has been injured due to an accident caused by another’s negligence or error, it is important to contact experienced injury lawyers who can aid you in navigating the complex world of damages. Barber and Associates, LLC Injury Attorneys in Anchorage, Alaska, take pride in aiding victims who have suffered an injury and damages due to another’s negligence. If you are battling to recover compensation or damages for an injury, be sure to contact Barber and Associates, LLC Injury Attorneys today for a free initial consultation.