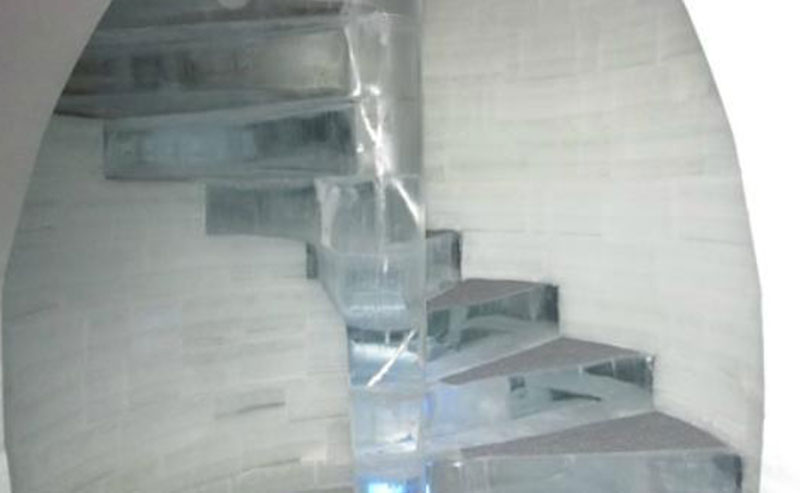 Whose fault was it that a tourist fell and broke her hip walking down stairs made of ice at the Chena Hot Springs Resort?

Fontenot was touring Alaska with her son, who lived in Palmer, at the time — December of 2010. At Chena Hot Springs near Fairbanks, they visited the Ice Museum, a structure built out of ice.

Fontenot fell while descending stairs. She said recently that she knew her hip was broken, and just kept repeating to the people around her “Don’t touch me.”

She underwent surgery for the fractured hip in Fairbanks.

Her attorneys, from the law firm of Barber and Associates, LLC in Anchorage, contended in the suit that hazardous conditions related to the stairway substantially contributed to the injury. Among the hazards they cited: there was no railing, inadequate lighting, and the stairs were badly designed.

Attorneys for Chena Hot Springs Resort LLC responded that Fontenot’s injuries were due to  her own fault. “… Plaintiff failed to exercise due care at the time of her injury,” they wrote.

Each side hired experts.

Civil engineer Bryan Borjesson of Fairbanks, representing the resort, said the resort gives museum visitors a safety lecture before they enter, and that tour guides assist them while they’re inside. All walking areas were covered with a carpet to make the floor non-slippery, he wrote in a report.

Richard Tilly of Tilly & Company, Ltd., in Fairbanks, examined the ice house on behalf of Fontenot. He said the lighting was dim, and confirmed there were no railings.”

“also, I noticed within the building, due to the lighting being dim and everything being white depth perception for me was a little bit of a challenge,” Tilly wrote.

However, this case never went to trial.

The parties mutually agreed last year to drop the suit in exchange for paying Fontenot $150,000.

“I guess it was fair,” Fontenot said recently. If there had been a trial, she would have  had to return for Alaska, and the outcome wouldn’t be certain, she said.