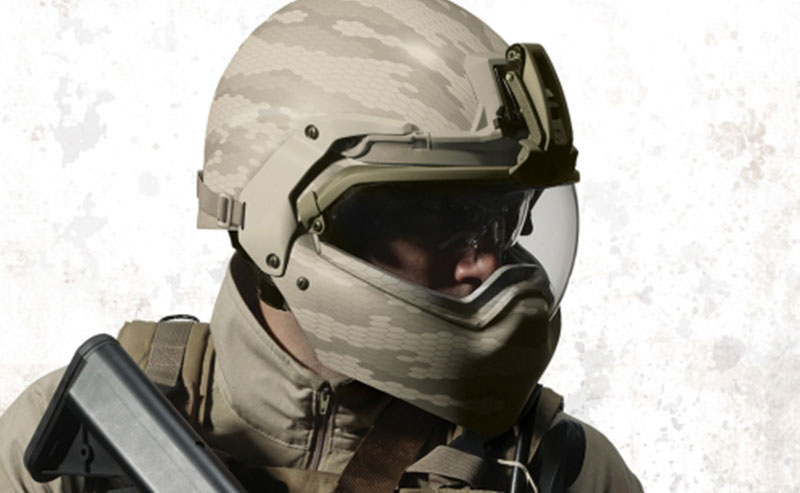 Military personnel require the right type of headgear to protect themselves from injury. The risk of receiving a head injury is increased in an environment where explosions or stray bullets are commonplace. Loud noises can often lead to traumatic brain injuries and some experts agree that the shockwaves generated from explosions can damage the brain. Military personnel must have access to helmets that are practical but also tough enough to withstand any damage. Many military helmet designs have achieved this goal to a greater or lesser degree, but a new form of military helmet is causing some debate as to whether it damages the brain more than protects it.

A new kind of helmet has been developed by the Naval Research Laboratory after the process of testing a wide array of designs. Researchers chose a helmet called the conformal integrated protective headgear system, which covers the face of the wearer.

However, the researchers encountered a problem. They tested each configuration, such as just the helmet or with the visor attached, and found the helmet could not protect the jaw and face without injuring other parts of the head in the process. For example, when they tested with a forward facing blast against the helmet with the jaw protector attached, they found that the strength of the impact was transferred to the forehead while minimal damage was done to the jaw. The damage done to the forehead while wearing a jaw protector was almost double that when not covering the jaw.

Scientists focused on the suspension geometry, or the space between the helmet and the head, and found that shockwaves tend to impact this area as there is space in which they can move. This means that the jaw protector could ‘trap’ the waves and combine them with the incident waves to create a stronger force against the forehead.

“In some cases, waves trapped by the geometry produced increased pressure when reduced pressure was expected,” the researchers concluded. “Specific injury mechanisms and prediction of injury severity … remain elusive.”

The design is still an early prototype and researchers are looking into ways to increase the reliability of the results. They recommend putting the test dummies into realistic poses, as they were tested in stiff positions, adding combat gear and improving the torso of the dummy to create a more realistic body to see how shockwaves are absorbed.