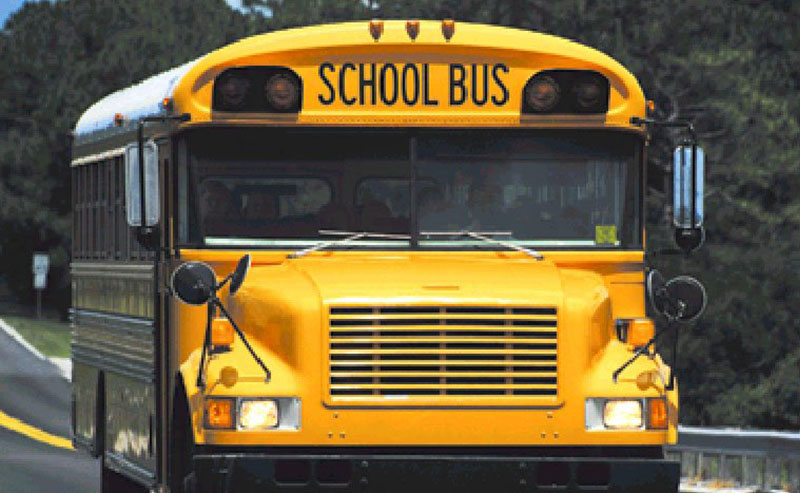 A recent crash between a school bus and a car in Anchorage serves as a good reminder that school is back in session and drivers and students alike need to be very careful to avoid injury.

Fortunately, no one was seriously injured in the accident which took place at the intersection of Northern Lights Boulevard and UAA Drive. The driver of a black Ford Mustang failed to stop in time to avoid hitting the bus. The car was partially under the bus when rescue personnel arrived, and the driver was taken to a hospital as a precaution. However, the driver’s injuries appeared to be relatively minor. No one on the bus reported any injuries.

Police believe that speed may have contributed to the accident while alcohol does not appear to have been a factor in the school bus crash.

Statistics show that school buses are the safest method of transportation for children, even though many buses do not have seat belts or other safety features common in passenger vehicles. School bus riders are eight times less likely to be injured or killed in a traffic accident than those in cars. These figures may be influenced by the fact that school buses are far less likely to be involved in an accident in the first place.

These safety features may outweigh the lack of seatbelts statistically, but there are still people who believe that buses should be equipped with these safety restraints and that children should be required to wear them.

What Should I Do If My Child Is Involved In A School Bus Accident?

School bus accidents can injure a child either while riding on the bus or as a pedestrian. If your child has been injured, please contact Barber and Associates, LLC in Anchorage immediately. We understand the law surrounding these types of accidents and can help you fight for your child’s rights. You may be able to recover damages to pay for your child’s medical care and other expenses.