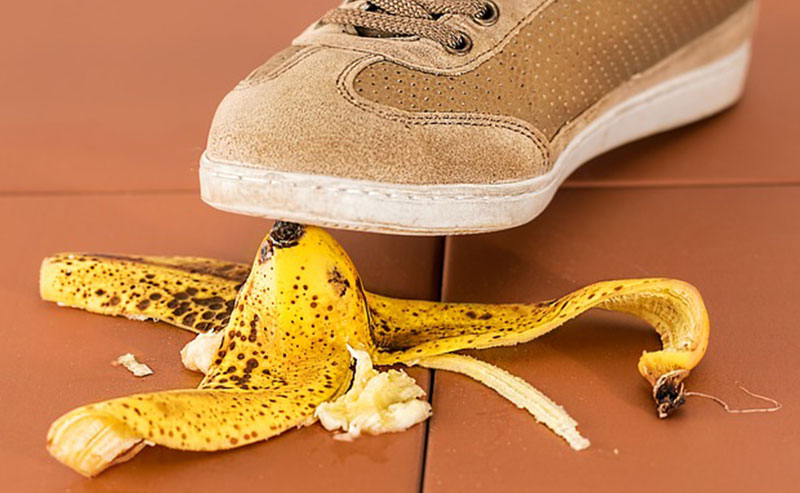 A good example of the severity of such instances is last year’s verdict in Portland, Oregon of am 85-year-old man who was severely injured after falling in a suburban supermarket and awarded $1.6 million in damages.

In this issue, we’ll talk about the man’s case and slip-and-fall accidents in general.

The man was injured while shopping in a supermarket he had visited more than 100 times previously. According to reports, supermarket employees failed to take proper safety measures after a spill by a bakery worker.

Rather than immediately placing orange warning cones around the spill area, the employee instead left the area for three minutes in search of a mop to clean the spill.

During that three-minute interval, the victim walked into the spill area and fell, breaking his femur bone.

Furthermore, the supermarket management attempted to shift blame to the victim himself, pointing to his age and improperly placing items in his shopping cart.

Determining that the victim’s injuries prevented him from living the active life he once had, the jury awarded him $1.6 million.

According to the National Floor Safety Institute, falls account for more than 9 million visits to hospital emergency rooms. Other facts include: