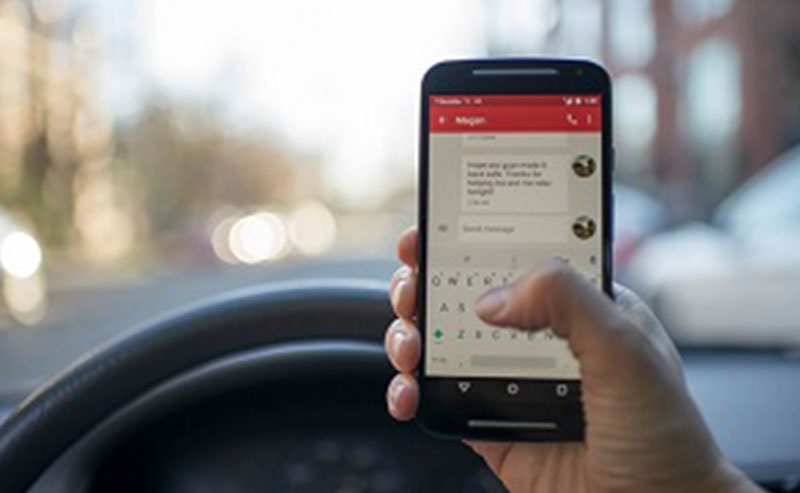 Interestingly, members of the Gen X population – those born from the early-to-mid 1960s to the early 1980s – and Millennials – born between the early 1980s to the mid-late 1990s – are the ones who are most likely to use their phones while driving.

As we wrote in a previous entry, the National Highway Traffic Safety Administration said that at just about any time during any day, roughly 600,000 drivers are using either their phone or other electronic devices while driving.

The problem is so bad, insurance companies are doing something about it.

A stunning report from the Los Angeles Times says that traffic-data companies like Zendrive, TrueMotion, Cambridge Mobile Telematics, and ConnectedTravel are using self-awareness to curb the amount of device usage from drivers.

The companies utilize their technology – which is on the phones of nearly one of every four U.S. drivers – to track usage and distraction data for insurance companies. Through this data, insurance companies know the exact moment drivers use their phone and for how long.

The report says that Zendrive presented usage data from the millions of cellphones it monitors and paired it with a self-assessment of the same drivers. The results were less than encouraging.

Approximately one-third of the drivers who considered themselves to be “extremely safe on the road” turned out to actually be the worst multi-taskers.

The usage ranged from talking and texting, to even live-streaming themselves via FaceTime while behind the wheel.

ConnectedTravel has offered a similar self-assessment for drivers using its app. Thus far, there’s been a 40 percent reduction for use of phones by drivers, most of whom check their data daily.

What’s the Effect on Your Insurance?

According to TrueMotion, those using their cellphones while driving typically have 20 percent more insurance claims.

It’s thought that eventually, the worst of inattentive drivers will be dropped by their current insurance providers, and be forced to get policies with companies that are less attentive – and more expensive.

Is it Illegal to Text and Drive in Alaska?

It sure is! As of 2008, texting while driving in Alaska is a misdemeanor that could cost you up to $10,000 in fines and a year behind bars. That’s just for the first offense.

That same law also says it’s illegal to have a display from a device – television, monitor, etc.—in full view of the driver while the vehicle is moving.

If You’re Injured by a Distracted Driver, Call the Alaska Personal Injury Lawyers at Barber & Associates.

Distracted driving has become a huge threat to safety on our roads. Merely a second of distraction can mean the difference between life and death.

If you’ve been injured by a distracted driver, call us here at Barber & Associates. We’ll fight on your behalf for justice and fair compensation so that you can concentrate completely on your recovery.