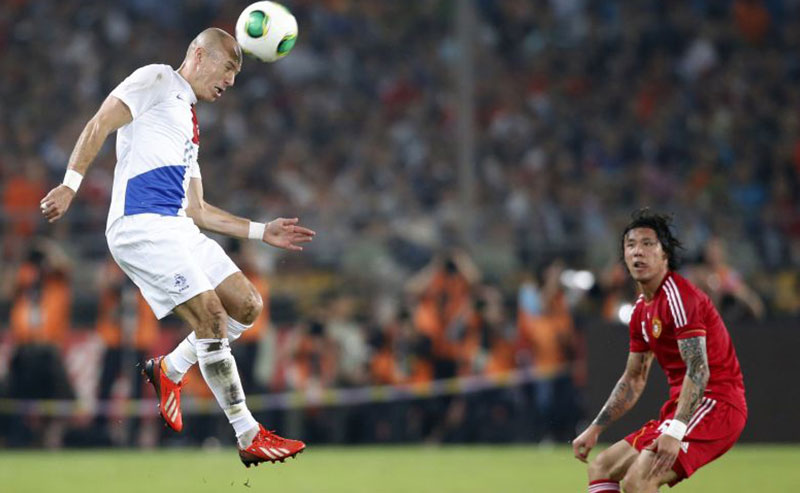 Recent scientific studies have found that soccer is just as dangerous a sport for head injuries as football, ice hockey, lacrosse, and rugby.

Soccer is a very high-contact sport, with much player-to-player, player-to-ground, and player-to-goalpost contact. Historically, people have claimed that heading the ball is the main reason for head injuries in soccer. However, Robert Cantu, a brain injury researcher and professor at Boston University, disagrees. He states that “the single most risky activity in soccer is heading the ball…but that’s because contact with other players, the goalposts, or the ground is so much more likely when a player goes up for a header.”

Data seems to back him up. The majority of the 24,184 reported cases of traumatic brain injury

in soccer was due to player-to-player contact. Only 12.6 percent was reported to be the result of head contact with the ball. The Centers for Disease Control and Prevention agree, stating that head-to-head, head-to-ground, and head-to-goalpost injuries are all more common than head-to-ball injuries in US youth soccer players.

For example, during the Uruguay-England match at the FIFA World Cup, Uruguayan defender Álvaro Pereira took a knee to the head and was knocked out temporarily. Once he had shaken it off, he continued to play. The American Academy of Neurology encourages players to sit out games if they have received even a minor head injury. They state “if in doubt, sit it out.” FIFA makes a similar suggestion, but does not have rules regarding concussions and required sit-out time.

Another soccer player, Briana Scurry, served as goalkeeper for the United States Olympic and World Cup teams. After a head-on collision, she began suffering from severe headaches and depression. She stated that “all my career, my success has been based on my mentality. It all starts with my mind…And so, for me, my brain was broken.” Soccer goalkeepers are considered the most vulnerable players, spending the game diving into the ground and colliding with other players. According to a 2000 study by Cantu, goalkeepers’ risk for head and spinal injuries is comparable to that of skydivers and pole vaulters.

Some strides have been made to help this issue, including the use of special headgear. Studies have shown that the use of headgear can cut the risk of TBI by half. However, FIFA does not require nor recommend that players wear protective headgear.

A traumatic brain injury is a serious and complex medical condition, even if the symptoms are not immediately present. When one becomes the victim of another’s negligence, the situation can become even more complex. If you or a loved one have been injured due to the negligence of another, seek the legal advice and help of Alaska’s personal injury attorneys at Barber and Associates, LLC. Offering years of experience in traumatic brain and other injury cases, Barber and Associates, LLC can offer you the legal advice you need to make the best decisions about your unique case.