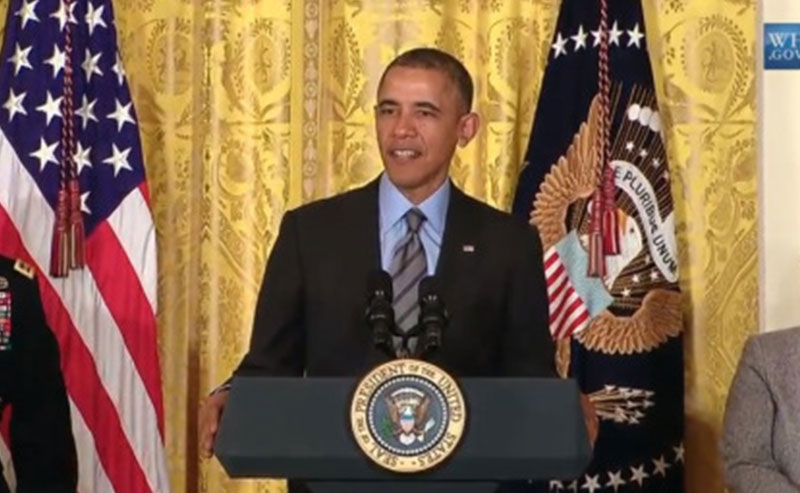 President Barack Obama recently opened a day-long summit on concussions at the White House, calling for more research into how concussions affect youth, according to reports.

Brain injuries, including concussions, are to blame for nearly 250,000 youth emergency room visits every year. Concussions are particularly common and are a type of traumatic brain injury that can be caused by a blow to the head or a body blow powerful enough to jostle the brain around inside the skull. Brain injury is a current hot topic, especially when related to sports injury. For example, the NFL recently agreed to pay $765 million to settle concussion claims from thousands of former players.

The President Weighs In

President Obama utilized the power of his position to elevate the youth concussion issue to the national level, bringing together representatives of professional sports leagues, coaches, parents, young athletes, and medical professionals at the White House summit.

President Obama began by stating that “We want our kids participating in sports…As parents though, we want to keep them safe and that means we have to have better information.” He went on to explain that there still remains a deep uncertainty over both the scope and long-term impact of concussions on youth.

The summit was a success, resulting in millions of dollars in pledges and other support from the National Football League and the National Institutes of Health, among others, to conduct research into providing answer to issues surrounding youth concussions and ways to improve safety. The NCAA and Defense Department jointly committed $30 million for research. The NFL committed $25 million over the next three years to promote youth sports safety. Aside from youth concussions, the White House summit also supported research and aid for service members who have suffered concussions and other brain injuries.

President Obama concluded that additional research needs to also be combined with a broader recognition of the need to take the matter seriously, stating that “We have to change a culture that says, ‘suck it up.’”

TBIs Can Result In The Need For Costly Care

Traumatic brain injuries, including concussions, are a very serious matter, though many do not take them seriously. When someone suffers a traumatic brain injury, it often leads to a series of wide-ranging medical tests, and can even result in the need for surgery or an extended medical stay, resulting in high costs. Depending on the type of brain injury, the resulting issues can last the patient’s lifetime. If you or a loved one have suffered a traumatic brain injury, particularly due to the negligence or recklessness of another, it is imperative that you seek the expert legal advice of Barber and Associates, LLC in Alaska. With over 25 years of collective experience, the lawyers at Barber and Associates, LLC will help you navigate the complicated legal world of injury law. Call today for your free consultation.