for death of man caused by drunk driver

for knee surgery and complications from auto collision

for neck injury and aggravation caused by two collisions

for man with herniated disc after struck by government truck

in death of man caused by hit and run driver

for arm fracture and wounds caused by dog attack

for aggravation of low back symptoms in auto collision

for ankle and shoulder injury by fall on hotel stairs

for low back injury and denial of auto insurance claim

for fractured ribs and knee injury in auto collision

for brain injury and scarring from auto collision

for neck and back injuries caused by auto collision

for knee injury caused by auto collision with neighbor

for aggravation of neck symptoms in auto collision

for air bag injury to leg in auto collision

for back injury caused by negligent driver

for neck and spine injury caused in auto collision

for loss of finger caused by paint gun exploding

for woman with back pain from rental company causing collision

for thumb and shoulder injuries caused by drunk driver

for shoulder and neck injuries in auto collision

for man suffering neck injury from side swipe by dump truck

for hip fracture caused by fall on stairs in ice museum

for elbow fracture caused by altercation with bouncers

for neck, back and knee injuries from auto collision

for aggravation to back caused by lawyer’s negligent driving

for wrist injury when plane crashed into container truck

for aggravation to lumbar disc caused by negligent driver

for back injury caused by intoxicated driver

for man suffering back injury from auto collision.

for man with fractured leg caused by drunk driver 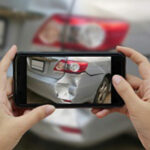 Accidents can occur in split seconds and completely change the lives of the people involved. While some are lucky to get away with only property damage, others aren’t that lucky. Getting hurt or sustaining severe injuries and property damage means you can make a car accident claim. It is best to consult a personal injury 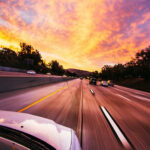 Traversing Alaskan roads is not the simplest of tasks. Auto accidents caused by cars, trucks, and other vehicles are the primary cause of preventable death in the state. Statistics give an insight into the staggering numbers of car accidents over the years due to risky road conditions during various times of the year. The nature 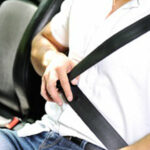 Wearing your seat belt is essential for your protection on the road. It’s also mandated by Alaska state law. While buckling up is indeed the most important step when you get behind the wheel, it’s equally important to make sure you’re doing it the right way. Not doing so can easily result in serious bodily 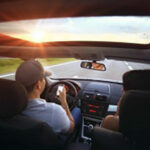 A waste collection company has agreed to pay the family of a young woman killed by one of its truckers a $6 million settlement. Additionally, the truck driver has been charged with homicide by vehicle and is facing prison time. In this issue, the Alaska personal injury lawyers with Barber & Associates will talk about 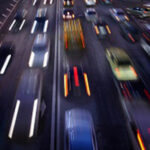 When you’re involved in a two-car accident, it’s usually easy for law enforcement officers and insurance adjustors to determine who is at fault. However, how is fault determined when more than two vehicles are involved? Thankfully, there is a method for sorting through what could be a complicated process.

Practically every minute of every day, someone in the U.S. is in an auto accident. That’s according to stats from the National Highway Traffic Association. If you’re involved in an accident, one of the first things you should do is be seen by your doctor. Many car accident victims make the mistake of not seeing 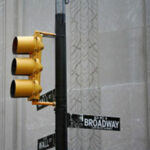 In late December, a drunk driver tragically killed an elderly man after running a red light. The driver, 36, has been charged with second-degree murder and driving while impaired. While we talk often here about the dangerous consequences of drunk driving, running red lights has long been a deadly problem on U.S. streets, and there’s

According to some experts, you can expect to be involved in a car accident once every 17 years. Of course, accidents can run the gamut from minor fender benders to those resulting in serious injuries and fatalities. If you or someone you love is injured in a car accident because of someone else’s negligence, you 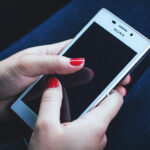 A rear-end crash caused by a man in a speeding pickup truck led to the death of a man in another car and a wrongful death lawsuit award of $7 million for his widow. The Case at a Glance The accident occurred when the victim’s vehicle – stopped at a traffic signal – was slammed